Do you seem to find a solution to your injury?

StretchingSAUncategorizedDo you seem to find a solution to your injury?
By Hans de Wit July 10, 2013 0 Comments Uncategorized

Do you seem to find a solution to your injury? 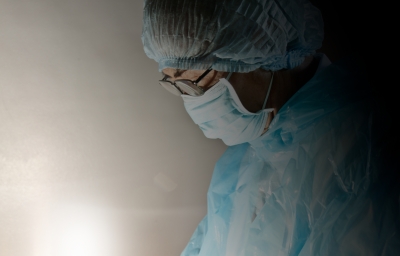 You sustained a minor injury some years ago, it was only a slight bump, a slip down the stairs or a car hitting your vehicle from the back. Initially you had no pain, but as time goes on it seems that the light niggle you had has transformed into a pain that you are more aware of when sleeping at night. You went to your doctor and he prescribed you some drugs, but after the medication was finished the pain came back. As you went back to the physician again he recommended you to see a physiotherapist. After 5 sessions of rubbing, heat and electronic devices it felt better. But as time goes by the pain came back again. The physiotherapy treatment had an effect for only a few weeks, but wasn’t enough. Something else has to be done. Now at this point people will go through numerous processes of denial and acceptance. You will se a specialist, you will get scans done, you will have a alternative healer doing special rituals to you, to say the least, you’ll do anything to get this pain away. BUT NOTHING REALLY HELPS….  and finally you’ll succumb to surgery.

The surgeon is a likeable fella, he tells you it will be over in no time, and before you know it (only 6 weeks) you’ll be up and running again. but is this true?

In the elderly, adjusted rates of cervical spine fusions rose 206% from 1992 to 2005. (pubmed.org) Was all the elderly people from the previous generation really so much healthier than today? or is there a certain mystery going on?

Complex spinal surgery, combining decompression and other procedures, has grown at a rate that some doctors find alarming. A recent study of Medicare patients found that the rate of traditional, decompression surgery for stenosis declined slightly in the period from 2002 to 2007. But the rate of complex surgery rose 15-fold in that period to 19.9 per 100,000 surgeries from 1.3 per 100,000. Although patients suffering only stenosis and not other spinal conditions were less likely to receive the combined procedures, these patients still accounted for as many as 50% of the complex surgeries, according to the study, which was published in the Journal of the American Medical Association.

The report said the higher rate of complex procedures increased hospital costs for surgery by 40%. The complication rate of those cases also was higher at 5.6% compared to 2.3% for the simpler, decompression surgery. Hospitals stays were on average two days longer for complex surgery, and average per-patient hospital charges were $80,888, compared with $23,724 for the simpler surgery.

“Many factors are at play, but I think the finances play an important part,” says Richard Deyo, a professor of evidence-based medicine at Oregon Health & Science University in Portland, Ore., and lead author of the JAMA study. “There are some prominent surgeons who have strong financial connections to device manufacturers.”

Have you tried stretch therapy before going through all of this? Active isolated stretching is a very effective spinal decompression technique and indeed, if you allow the spine it will be able to heal itself over time.