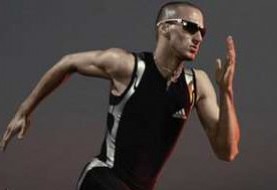 There are a number of components with regards to exercise and I have chosen to devote this article to an exercise which I believe is sorely neglected but perhaps one of the most fundamental aspects to exercise and boosting one’s performance. In fact over the past years it has been my experience while treating some of the top athletes in South Africa that flexibility plays a greater role in performance than supplementation. It’s a shame that many of these individuals including a lot of amateur and professional soccer, rugby, cricket, cycling and running participants have little if any, idea about stretching and the role it plays in performance enhancement. The notion that taking the latest ergogenic aid or steroid will be all that is necessary for maximum performance is absurd. I hope that this will entice the professional athlete, regular sport enthusiast, or anybody suffering from musculoskeletal disorders to make stretching a major part of the exercise or recovery programme. Obviously the kind of stretching adopted for maximizing flexibility plays a vital role in determining to what degree one will experience increased performance. Active isolated stretching and assisted stretch therapy stands out as the safest and most effective stretching technique too accomplish just that.

There is allot of controversy surrounding stretching and peak athletic performance, there are even research available that indicates that stretching prior to athletic activity actually decreases performance.

The question will then be; why are there so many variables in stretching research? And why isn’t it possible to come to a compromise regarding all the issues surrounding stretching?

To be able to come to the end of this problem, will not only depend on science and research, but also on the end users of all the different stretching methods.

Then what should one do?

Over the past two decades, many experts have advocated prolonged stretching up to 60 seconds. A prolonged stretch up to 60 seconds means that a person would move into a stretching position and keep it there for a longer period. For many years, it used to be the gold standard for all individuals and athletes. However, after 30 years of research by Aaron Mattes, it was found that a stretch greater than 5 seconds actually decreases the blood flow within the tissue thus creating localized ischemia and lactic acid build up. That is why AIS uses the most effective 2 second stretch approach. This also increases irritation and change of injury of local muscular, tendonous, lymphatic as well as neural tissues, similar to the effects and consequences of trauma overuse syndromes, and metabolic disease states. This phenomenon indicates that there has to be a better technique for proper stretching, now called Active Isolated Stretching.
Active Isolated Stretching (AIS) is a stretching method developed by Aaron L. Mattes. AIS utilize precise movements to isolate a specific area to be stretched. Once in the proper position, the stretch is held for 1.5 to 2 seconds, released, and then repeated 8-10 times in a set. AIS has been used by thousands of professional and amateur athletes to increase flexibility and performance while reducing the risk of injury. It is also effective in reducing pain in the human body caused by incorrect posture, injury, and inactivity.
The efficiency, precision, and freedom with which the athlete is able to move will help regulate athletic performance. Efficiency is dependent upon training and conditioning. Facilitated stretching allows for more intense training. Restrictions from pain, spasms, and tension inhibit freedom of movement. Without freedom of movement, precision is adversely affected. The Mattes Method with Active Isolated Stretching (AIS) reduces many of these restrictions.